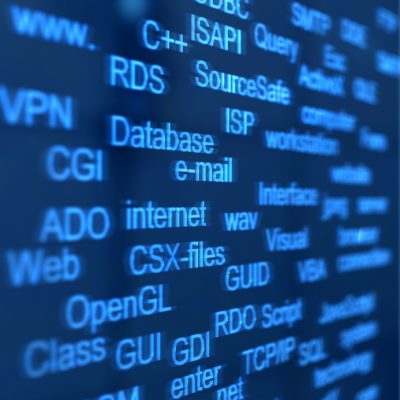 We have developed a set of server support utilities to assist our clients in the successful transition from a mainframe application environment to the Windows Server environment.  In addition to our runtime, these utilities provide the means for transitioning from VSAM and from CICS.

Language Portability’s VSAM Emulation Utility provides a means of maintaining legacy VSAM files in an underlying relational database while retaining the standard hierarchical access commands.  Our automated mainframe migration tool generates the necessary setup information so that the relational database tables required to emulate a VSAM dataset can be created.

If desired, the relational database can be normalized allowing new to access the individual columns in a row.  The migrated programs continue to access the VSAM dataset using standard functions such as start, read next, write, etc.  The VSAM emulation utility translates these requests to the appropriate SQL statements necessary to perform the function in exactly the same way as the original VSAM file system.  Since the underlying implementation is a relational database, emulated VSAM files can be recovered using the relational database’s transaction and rollback facilities.

Perhaps the most striking difference between traditional mainframe applications and their server counterparts is the way the user interface is handled.  In traditional mainframe applications, the user interacted with the application via a series of maps displayed on a 3270 terminal device.  These pseudo-conversations took place via a series of transaction ids, function codes and data from the map that was passed between the terminal and one or more application programs.  All of this was managed by CICS.  In a Language Portability migrated solution that is no longer the case.

In a migrated solution, all user interaction is via web pages.  Our Web Transaction Server Utility is designed to make these interactions as seamless and transparent as possible while greatly modernizing the technology used to implement the user interface.  The Web Transaction Server replaces the role of CICS with native .NET technologies coordinated and integrated by our TxServer C# class.  Using our migration utilities mainframe maps are initially translated into true MVC 4 HTML5/Razor Views and corresponding C# Models.  Style sheets then provide the look-and-feel for the view display.

Pseudo-conversation is controlled by the TxServer, which coordinates the flow between Views, Models and the application programs.  The Web Transaction Server Utility is completely scalable and is capable of multi-server implementations.

Call Us Now for a Demo / Proof of Concept