Our Principals and Primary Technologists 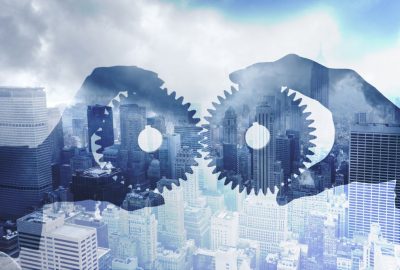 Language Portability Solutions was founded by William Calcagni and Robert Camacho.  Mr. Calcagni and Mr. Camacho have worked together for 30 years creating advanced technology for Global 1000 companies that dramatically reduces cost and improves productivity.  Their client list has read like a virtual Who’s Who of global business including such diverse organizations as The World Bank, The International Monetary Fund, Ford Motor Company, Keebler Cookies, Quaker Oats, Toys ‘R’ Us as well as numerous federal, state and local government organizations.

Mr. Calcagni and Mr. Camacho, as the principals and primary technologists for Openware (originally Jacksonville Software) developed one of the first 4GL languages, XGEN, which dramatically improved productivity among mainframe application developers.  Later they were among the first to offer a mainframe development environment that ran on a desktop computer generating COBOL that was able to be compiled and run on multiple disparate mainframe platforms.  As the power of desktop computers increased they followed this up with a tool that created all the necessary pieces of client-server applications from a single source program.

Openware was also among the first to recognize the possibility of migrating entire mainframe applications to less expensive UNIX and PC servers and began developing automated tools to facilitate these migrations.  Their first tool automatically translated one dialect of COBOL to another.  They followed this with tools that automatically translate COBOL to more modern, object oriented languages.

After several years in development, Language Portability Solutions has launched their most recent suite of migration tools, which can automatically translate IBM mainframe COBOL programs written in Enterprise COBOL and using DB2, VSAM and CICS to C#. These migration tools also support migration of MicroFocus Enterprise-compatible COBOL programs. This automated migration process has a success rate of over 99.9%.

During their 30 years of providing cost reducing and productivity increasing tools they have developed compilers, virtual machine emulators, language translators, database and data migration tools for a wide variety of languages and platforms.